Only six sites scored higher than 50% on Criteria 15, an important one, because it had a maximum of 40 points:

The assessment definition specifies that:
​
Access to the Facility must be well delineated and acceptable to emergency service providers.  The routes and the Facility location must be convenient to the geographic region, with alternative pathways identified should primary ones be obstructed. Travel time for existing and proposed emergency services sites to the hospital is a factor in the location of the hospital (i.e. EMS response times).  Location should be in an area that would support disaster preparedness planning by EMS, police and fire services.​
The scoring factors are particularly interesting for this criteria.  Let's stick to the top three:

All three have clear travel routes in common.  The only variation in scoring lies in the response times.  In other words, it's all about speed of access.

Given that the site selection committee deemed none of the sites to provide better response times, doesn't that corroborate CAMPP's assertion that the site on County Road 42 will result in an aggregate reduction in access to hospital healthcare?

The image below shows CAMPP's calculations of distance.  We realize that ambulances and other emergency vehicles measure their response in time, not distance.

Still, if emergency vehicles, with both sirens and speed on their side, can't improve on existing response times, then the general public's access to a hospital on County Road 42 is worse than what we have today.

Of course many County residents stand to shave a couple of minutes off their drive to hospital.  But this will come at the expense of a greater number of City residents.

Emergency vehicles will have longer aggregate response times, according to the scoring.  Longer response times could affect patient outcomes.  But they also point to the potential need for more resources, which will in turn cost more money. 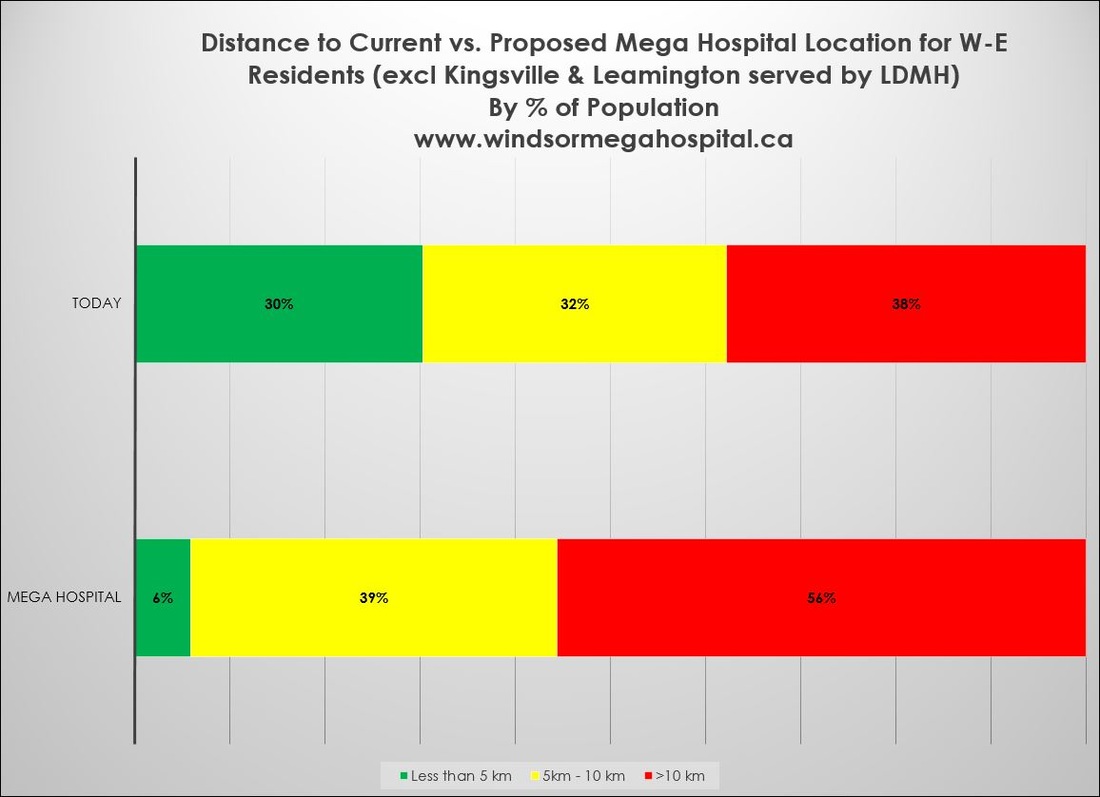