Quite a few sites didn't score well on transit, which is not surprising given how many of the submitted sites were well outside Windsor's urban core. The eight sites with high scores are shown below. They show only marginal differentiation between those in the urban core with transit service, and those that are technically within Windsor but far away from existing residential neighbourhoods. 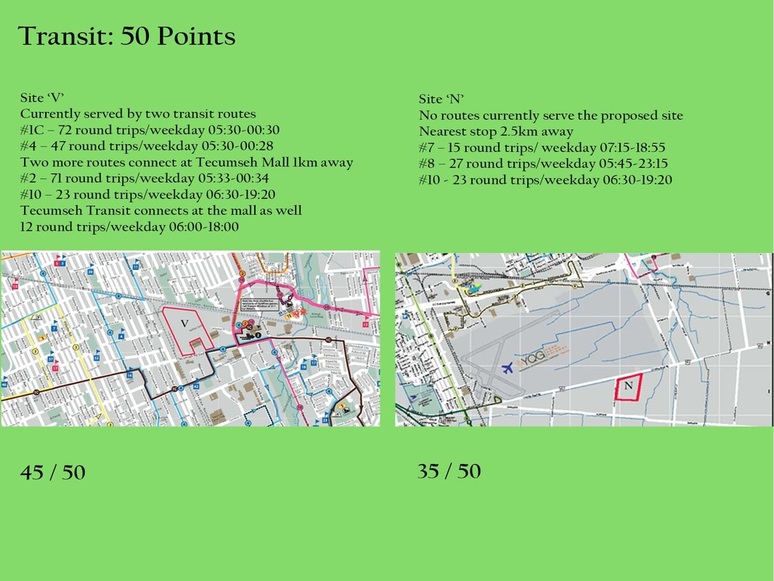 Here is how the scoring system worked:

The user access area should front a local transit route in order to best serve the population and to encourage staff, visitors and patients to use public transit when appropriate. A site should also have potential for a transit route which could be found in the Transportation Master Plan. 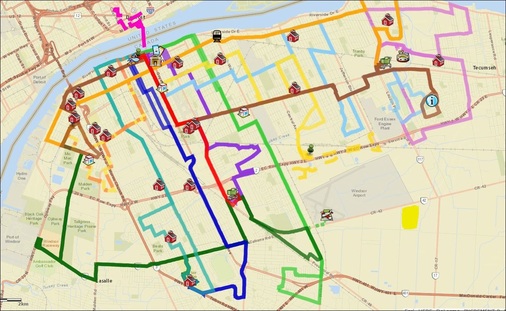 Windsor's Transportation Master Plan doesn't show any plans to extend service, though of course everything is potentially possible. What is quite evident in several places in the document, are recommendations to intensify development to make transit more efficient, more cost-effective and reduce the environmental impact on our area.  For example:
It also includes a map that shows where residents are more dependent on public transit to get around.  Sandwich Town (A) and the Windsor Midtown (B) area have the highest riderships in the system, with over 10% of residents being dependent on transit for all their transportation needs.  To add some context, we've added some statistics that illustrate what residents from these two neighbourhoods will face if the new hospital is built south of the airport land on County Road 42: 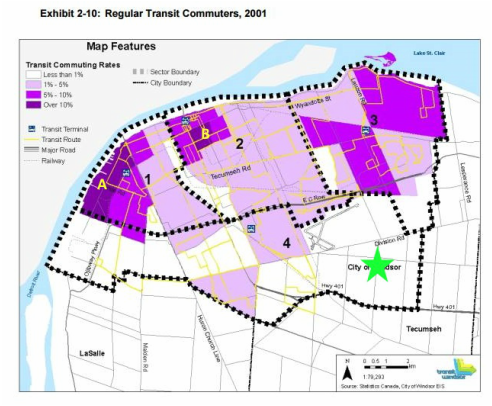 
B:  Midtown (Howard & Giles)
Minimum distance to Mega-Hospital on CR42:  11.5km
Return taxi fare: $65
Average household income (2006): $39,199
Disabled: 5.7%
As most of us know, our community is ageing fast and the next 25 years are expected to give us a much bigger senior population than today. With age, come greater healthcare needs and less independent driving.  The Transit Master Plan recognizes this too: 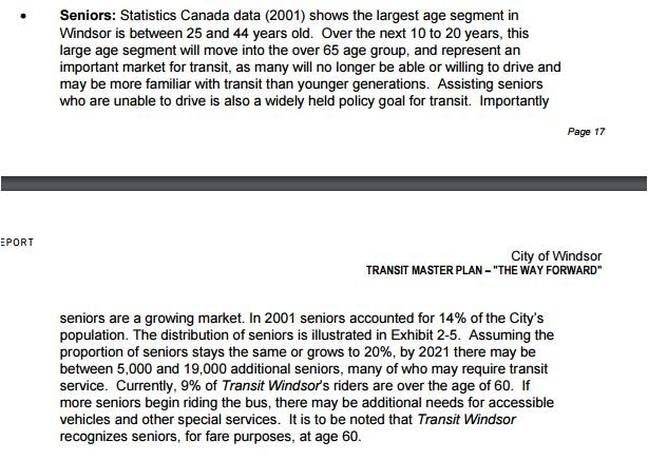 If that 9% senior ridership is growing as rapidly as anticipated, and given that seniors as a demographic group are heavier users of healthcare services than younger people, an expanded transit service that is further away from where those seniors live, will only be more expensive to maintain.  Since seniors pay reduced fares, this will also cause more system strain because fares don't cover the costs of the service provided.