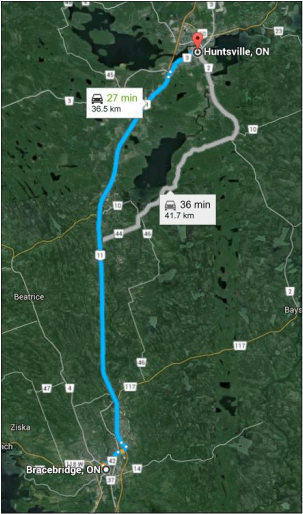 ​We're sure by now everybody has heard the story that Windsor-Essex is supposedly in competition for provincial hospital construction funding against a number of other Ontario communities, Muskoka being one of them.

But how many of us are aware that the towns of Bracebridge and Huntsville are actively opposing a greenfield hospital between the two municipalities?

On February 1, 2016, they put out a media release that explains their thinking:

"...the municipalities are aware that there have been numerous changes in both policy and the financial situation of the Province ...

...the municipalities feel that the single site option runs counter to current Provincial and municipal urban planning legislation, policies and strategies; and that it is inconsistent with the stated direction of the Province, as well as emerging best practice models that call for better integration and coordination of health care services at the community level."
​

We couldn't agree more!  An 18 hour Urgent Care Centre that is 15-18 km from the hospital (depending on the route taken), shows very little in the way of integration of health care services.
​ 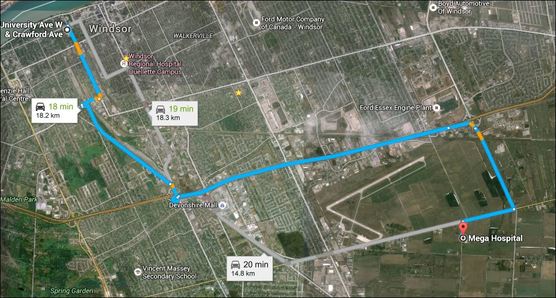 Of course the situation is a little different than here in Windsor-Essex.  Bracebridge has a population of 15,000 while Huntsville has just under 20,000 residents.  So theirs is a rural model of healthcare delivery.

But this also brings up an interesting question. How is it that our county municipalities, with much bigger populations, aren't calling for healthcare facilities of their own?
Given that the combined population of Bracebridge and Huntsville is about the same as Lakeshore, why is Lakeshore not getting a hospital, or an urgent care clinic at the very least?

But let's take a closer look at their mayors' reasoning -- this shows leadership that is applicable to any municipality, regardless of its size, or the model of healthcare delivery.

​And the issues are remarkably similar to what CAMPP has been pointing out all along:​ 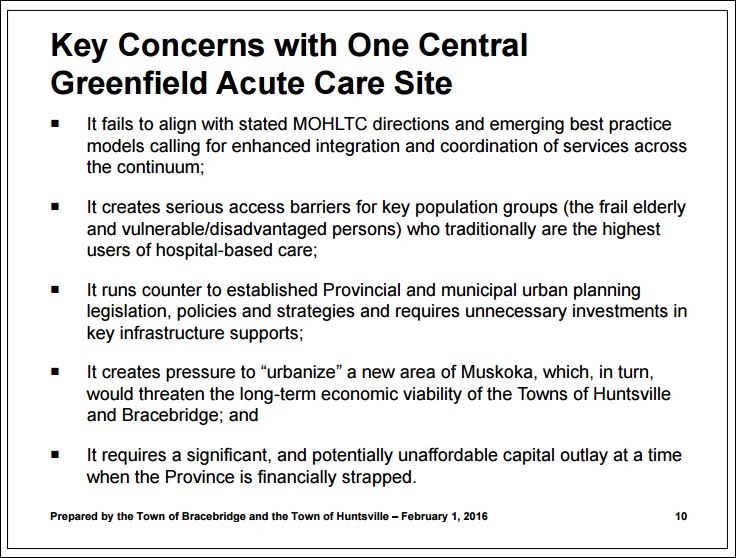 We should all be demanding that our elected decision-makers show the same leadership towards their constituents.

​How is it that these two small municipalities understand the issues related to greenfield construction relating to their urban vitality, but ours don't?

​We have been repeatedly told we deserve a new hospital.

​Given the magnitude of the investment, don't we deserve that it be done right?