The Windsor Hospitals System Plan replaces all hospital services in the city core with urgent care and non-acute outpatient services.

​Key Health Care Services that will be Lost from the City Centre: 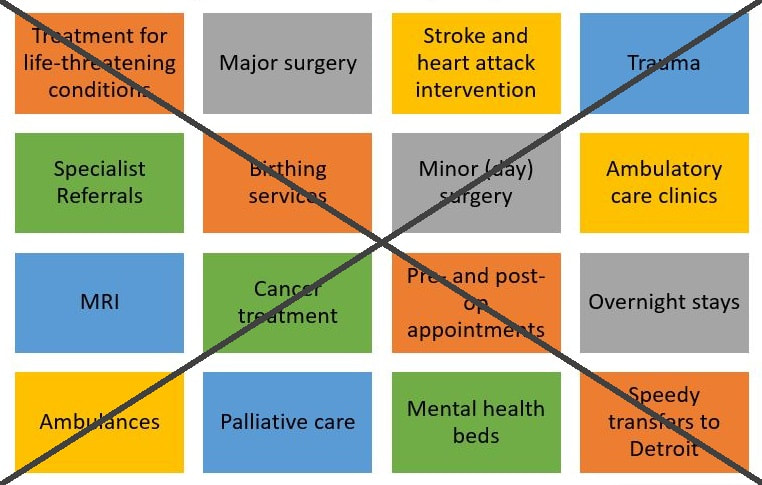 ​It is true that health care service delivery has experienced a major shift from inpatient to outpatient care. In the past two decades, hospital stays have fallen dramatically for many operative procedures.

However, Windsor’s rapidly aging 21st century population has more complex medical conditions than ever before, leading to the need for a more extensive array of services than those planned to replace hospital services in Windsor’s city core.

Urgent Care is for less serious conditions
Urgent Care is not intended for life-threatening or complex conditions. It will not be available 24/7. The city’s lowest-income wards are home to the greatest number of people who do not drive. For tens of thousands of urban residents dependent on active transportation to get around, the planned hospital site will be considerably less accessible. 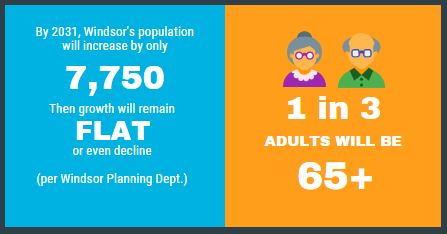 ​The greenfield hospital location is farthest from the Windsor CMA’s greatest population density:​ 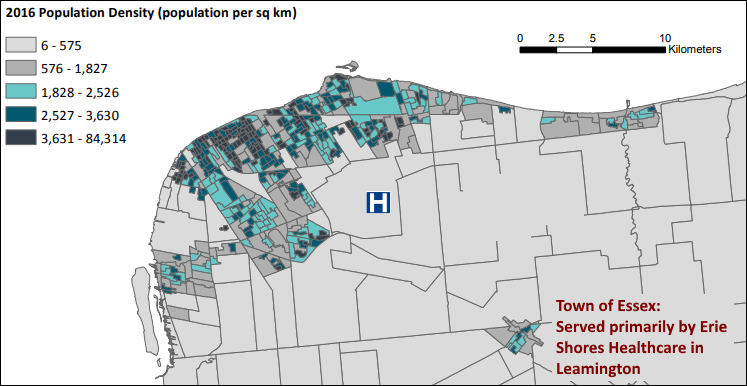 The Ministry of Finance expects the regional supply of working age residents to decline over the next 13 years through 2031. Without growth among 20-64 year olds, there is no reason to expect significant employment expansion.

Employment growth of 21,140 jobs is based on obsolete population projections for Windsor: 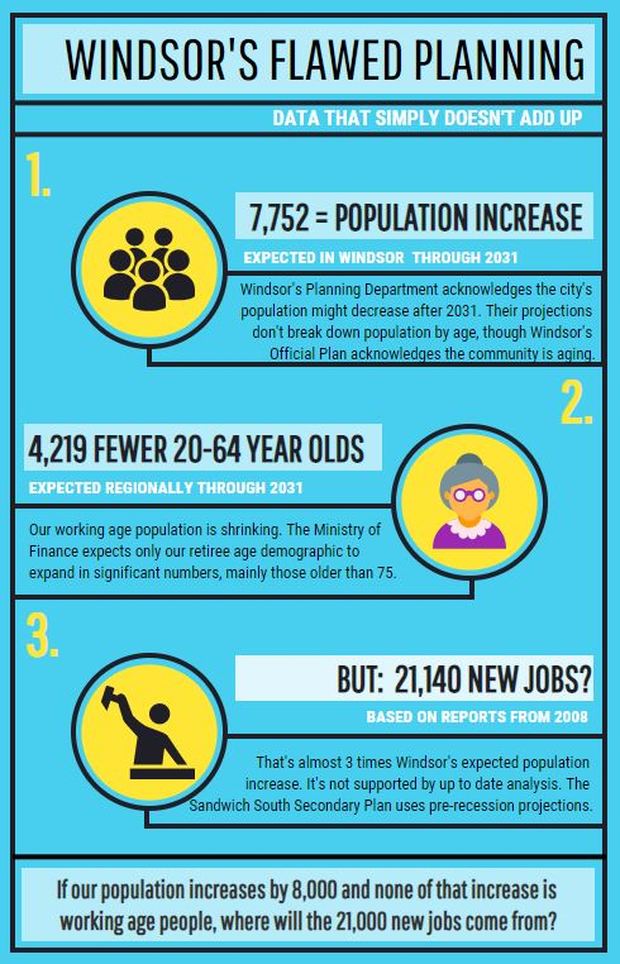 ​The new hospital location is likely to result in greater capital and operational costs for services like road maintenance, EMS and public transportation.
​
Windsor’s infrastructure will be even more challenging to maintain than currently in view of stalled (or anticipated negative) population growth, as well as a rapidly aging and declining working age population.

Data that Backs Up the Infographic

​Yet, Altus Consulting, on behalf of the City of Windsor, inexplicably stands by an employment land needs forecast to accommodate 21,140 new jobs for Windsor residents. Of note:

​Windsor does not break down its projections by age, but regional projections from Ontario’s Ministry of Finance show: 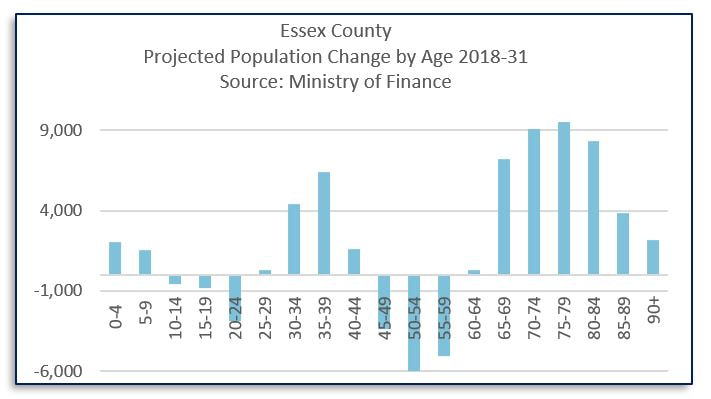 Malfeasance?
Alteration of Consulting Engineer’s Figures
Significant taxpayer-funded costs were concealed from public scrutiny by altering the Consulting Engineer’s calculations after he submitted his figures, and by excluding known costs from the site evaluation.
​Mr. Spencer, who is not in agreement with the substance of these alterations, wrote a letter that can be read in full at this link.

The following excerpts demonstrate the seriousness of his complaint:

Development Charges (“DCs”)
DCs allocate the true cost of infrastructure investments where they are incurred. They were excluded from the ranking of the shortlisted sites. In this way the greenfield site was artificially made to appear more cost-effective than a fully serviced infill site. Had DCs been considered, the GEM site would have remained in first place. DCs would have reversed the $1.8M land cost differential that put the County Road 42 site in the winning position in Phase 2. 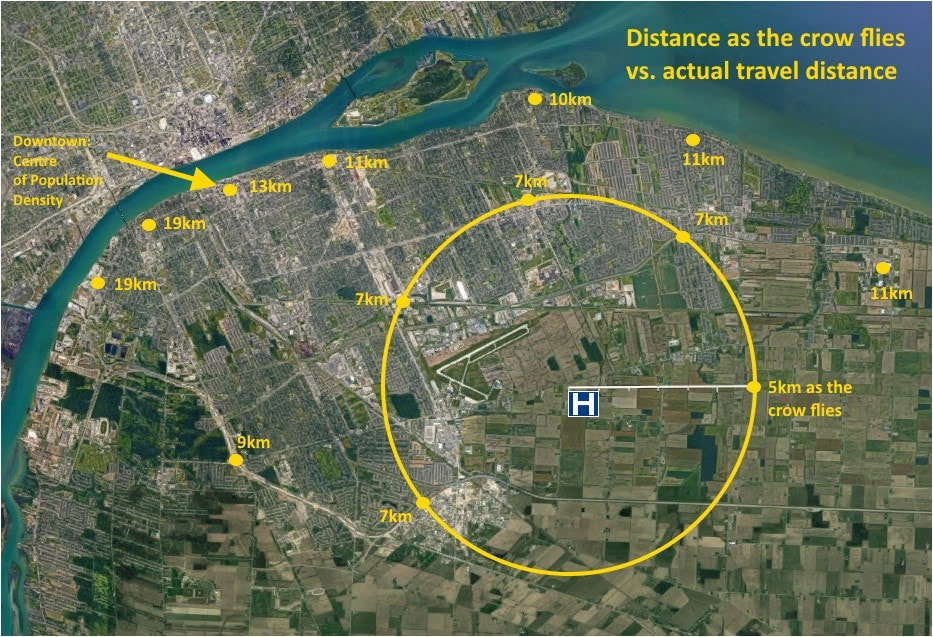 2. Actual travel distances to top-scoring GEM property, an infill site that is surrounded by residential neighbourhoods and served by public transit today: 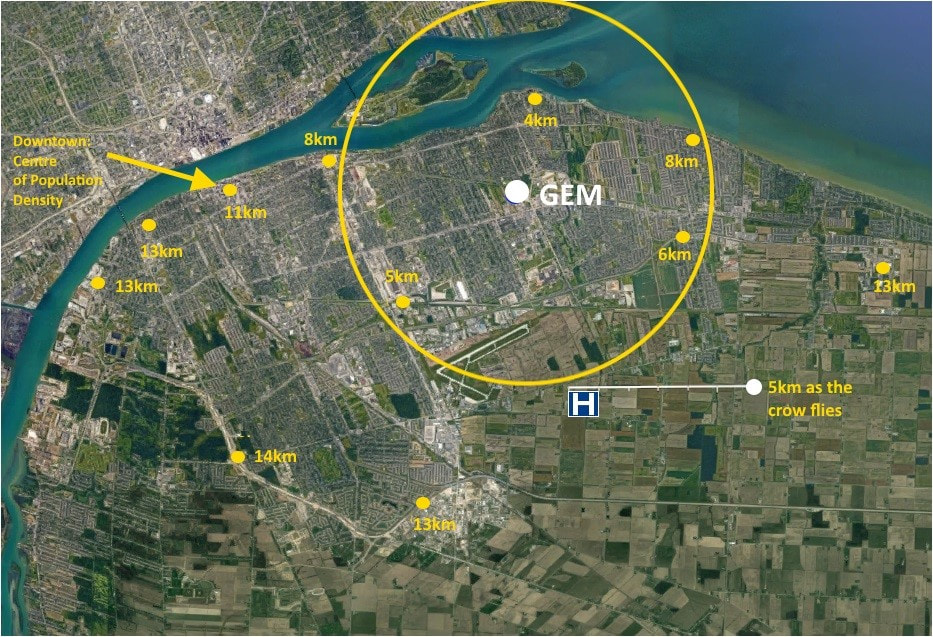 None of these Analyses have been Performed

Letters of Support Obtained through Relationships of Influence
A complex web of Board and professional relationships influenced the letters used to demonstrate community support for this project.

Why was WRH CEO David Musyj coaching the Retired Teachers of Ontario? 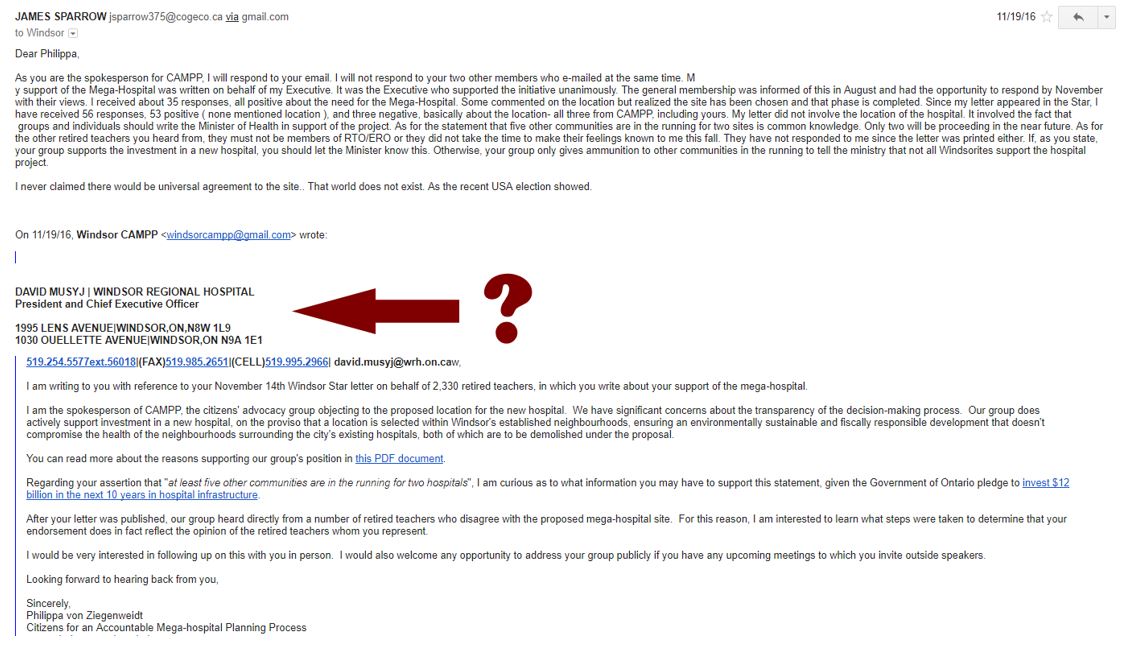 Furthermore, none of the of 11 committee members has a planning background.

Social Deprivation in Hospital Use Ignored in Site Selection

600+ Bed Hospitals Cost More Money to Run
Projections show all of the region’s population growth among the senior population (the demographic group with the greatest hospitalization rates). Yet:

Optimal hospital size
Studies consistently report improved economies of scale for 200–300 bed hospitals: ​
This is the conclusion found in this March 2017 metadata study:

Similarly, in Are bigger hospitals better?, the Health Evidence Network (a WHO member agency) concludes: “It is tempting to think that larger hospitals are more cost-effective than smaller ones because of the operation of economies of scale. However, the evidence does not back up this belief…The literature on hospital economies of scale suggests that they are fully realized in facilities of 100 to 200 beds…Research shows that they rarely result in lower costs or better patient outcomes.” 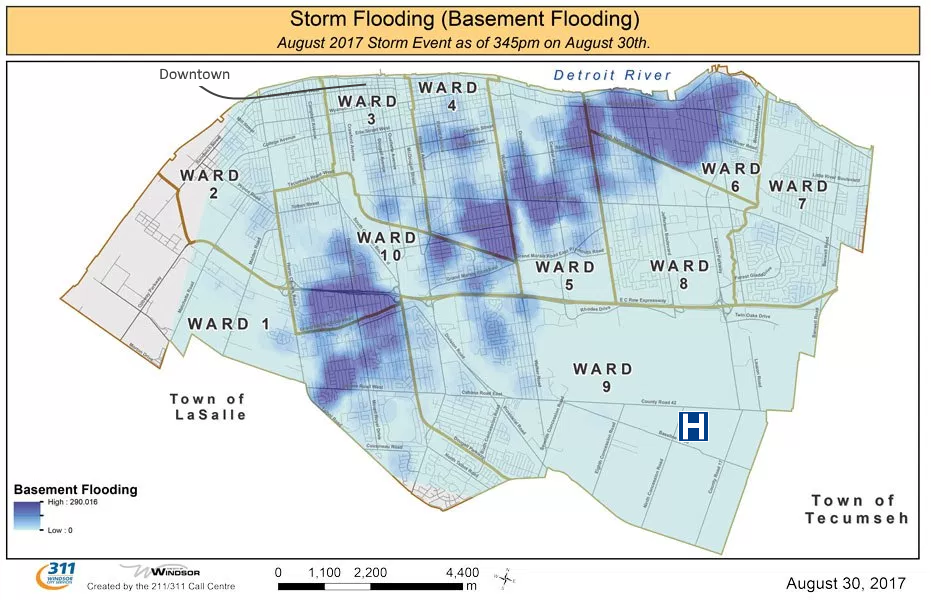 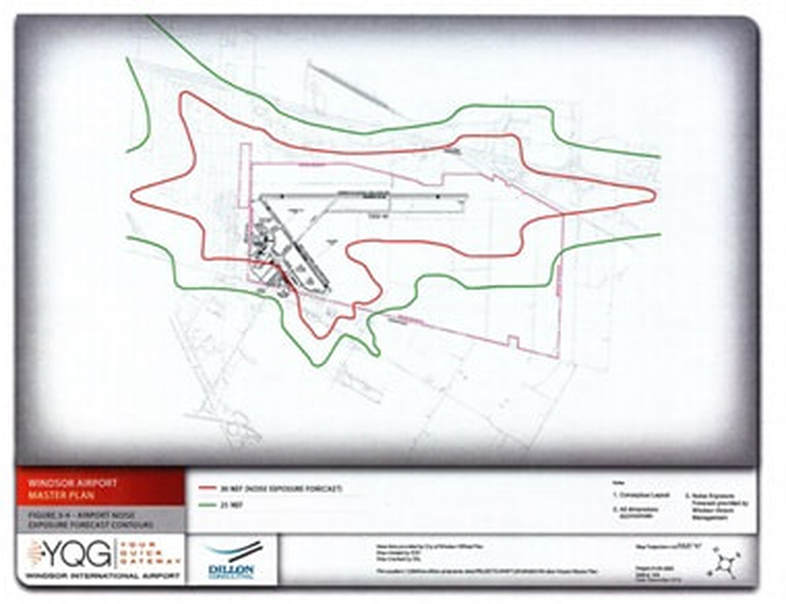 No Meaningful Community Consultation
The public’s concerns about the hospital location have never been addressed
First Nations Consultation under UNDRIP: There has been no meaningful consultation with First Nations
Emails invitations to a stakeholder meeting were sent to Caldwell and Walpole Island First Nations. Secondary Plan appendices indicate no response was received.

At the April 25, 2016 Windsor City Council meeting, a First Nations resident spoke about the requirement for meaningful consultation under UNDRIP obligations. However, no further efforts were made to engage First Nations.
​
Lack of Accurate Public Messaging: Many residents still incorrectly believe the new hospital is an additional facilityMarginalizing the Expression of Public Concern
Demolition of 21st Century Capital Investments

May 25, 2014     Survey: Public invited to rank a predetermined set of site selection criteria

May 24, 2016     Erie St. Clair Board Meeting in Windsor (set of questions presented by CAMPP to the Board)

Dec 1, 2017       Dr. Hoskins announces Stage 2:  Adds that the re-use of Ouellette Campus instead of Grace Site will be investigated